Take some time to get to know our Chief Executive Officer Doug Pick in this month’s Employee Spotlight at FeedMore. 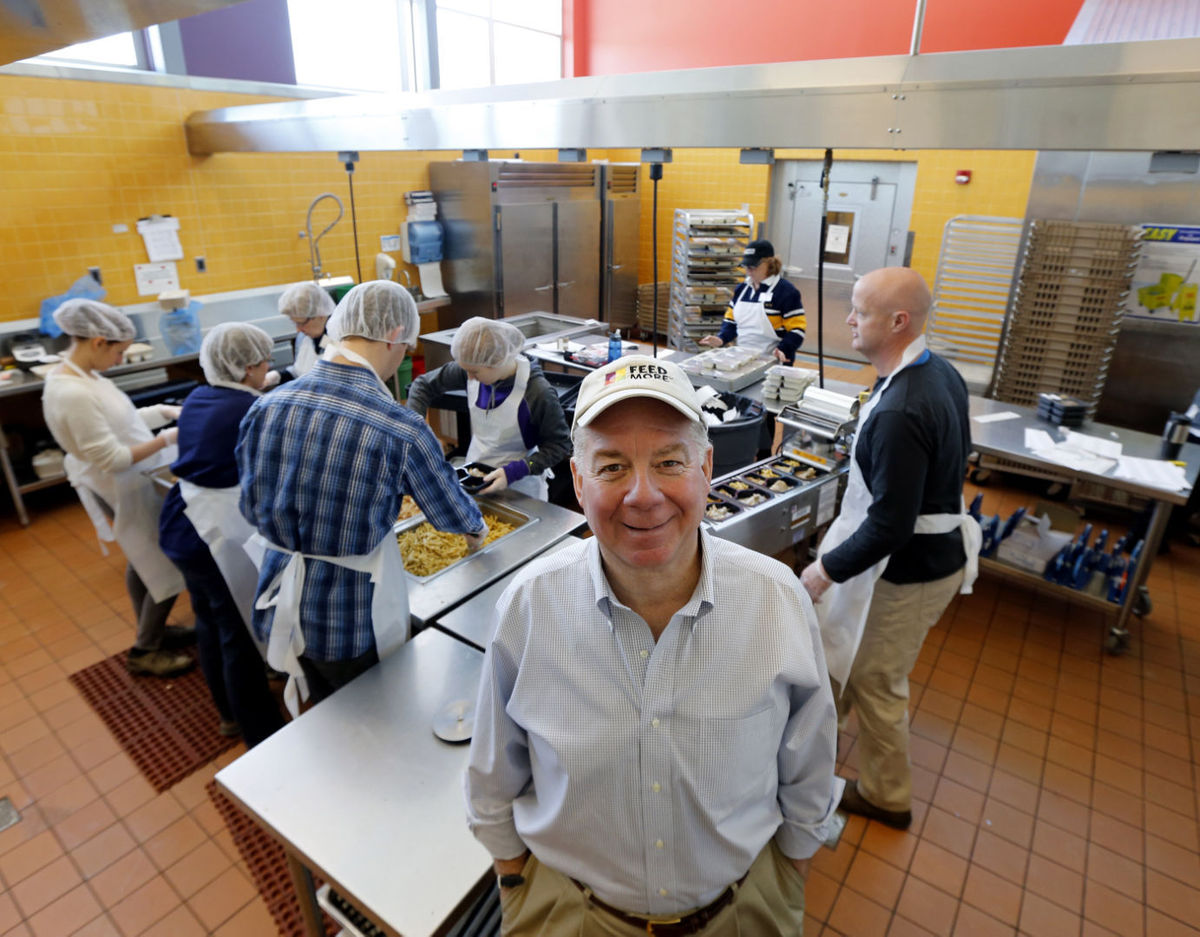 What do you do here at FeedMore?: I am the Chief Cheerleader, as well as the President and CEO.

How long have you worked at FeedMore?: I started on Monday, November 19, 2012 at 7am at a breakfast with all of our drivers.

What is your favorite memory at FeedMore?: When a lady walked into the lobby (I happened to be there) and put seven crumpled up $1 bills on the front desk as a donation. She let us know that she used to be a client and wanted to make a donation. I’ve always considered that the Holy Grail of our mission- helping folks to a point that they no longer need us.

What inspired you to come work at FeedMore?: Up until we hit 50 years old we often think about success, and after 50 we start thinking about contribution. After I semi-retired from Capital One, I was looking for a complex non-profit to assist, and Jim Ukrop told me about FeedMore. I leapt at the opportunity to be a part of the organization.

The mission really spoke to me.  I suspect it was because of a special experience I had as a child.

When I was ten years old, my father took my brother and me to the grocery store where we filled up two peach baskets with Thanksgiving food and delivered it to a family – Mrs. Turner and her three children. It was my first and very lasting experience with folks that had so little, yet had tremendous gratitude for what they did have. Not to mention how wonderful they were as human beings. We stayed friends for many years.

Before working at FeedMore, what was the most unusual or interesting job you had?: The most interesting job I had was being a co-founder and president of a Capital One subsidiary, a software company we called Navion in Shanghai, China.

The most unusual jobs I had were all in my teenage years during 3 summers. I dug ditches for a summer; stacked and soaked railway ties in creosote; and when I was 14, cleaned dried algae off the bottom of boats with muriatic acid.

What is something people would be surprised to know about you?: I used to be a red head and my paternal grandfather lived to be 108.

Where is the coolest place you have traveled to and/or want to travel to?: That would have to be all around China when I was part of a software development company. Or, the rainforest near Brisbane, Australia, on the East Coast.

What is your favorite thing to do in Richmond?: Without a doubt the Richmond Folk Festival year after year! I also love to eat at the plethora of amazing restaurants we have in the city.

If you could eat just one meal for the rest of your life, what would it be?: Cheeseburgers with Hanover tomato slices and boardwalk french fries.

If you could have one superpower what would it be?: The ability to transport to places, a la Star Trek. Think of all the traffic jams and airport lounge areas you could skip!