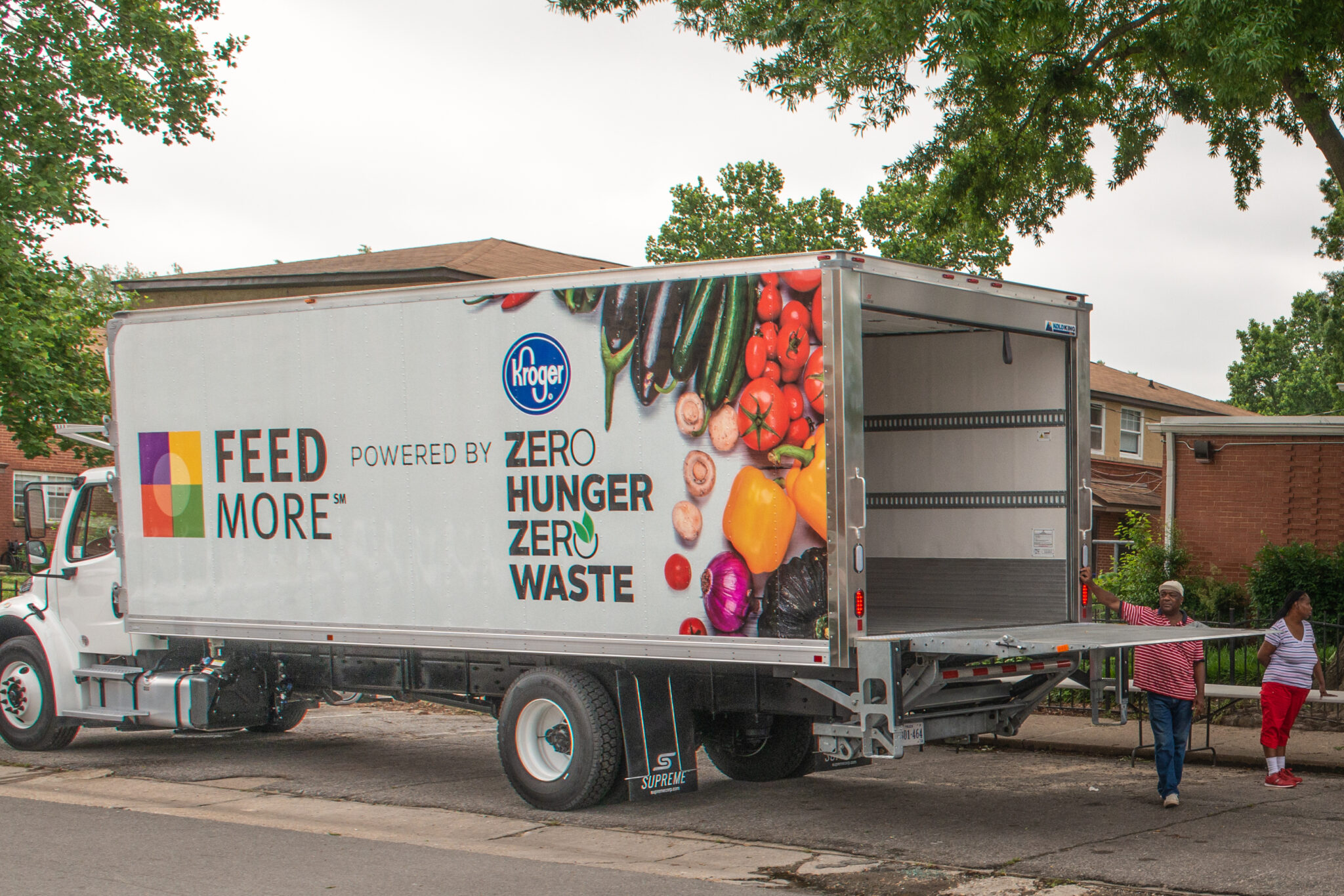 On Tuesday, May 22 the newest addition to FeedMore’s distribution fleet will bring healthy food for wholesome meals to more than 200 families who live in Richmond. Donated by Kroger Mid-Atlantic, the truck will allow FeedMore to deliver more fresh food to underserved communities and neighborhoods with limited access to grocery stores across Central Virginia.

The truck donation is in line with Kroger’s Zero Hunger Zero Waste campaign, a company-wide commitment to end hunger and eliminate food waste by 2025. Kroger offered to donate a new $120,000 refrigerated box truck to FeedMore after learning it had been nearly a decade since FeedMore added a truck to its mobile distribution fleet.

“We’re all in on Zero Hunger Zero Waste and focused on seeking out real solutions that bring families in need the meals they need,” said Allison McGee, corporate affairs manager at Kroger Mid-Atlantic. “If donating a truck means that more Richmond families will not have to choose between buying food or paying the electric bill, then we’re proud to provide this truck to help more families put a meal on the table.”

As part of the donation, FeedMore presented Kroger with a two-year title sponsorship of the program, now known as the “Mobile Pantry program powered by Kroger.”

“Food scarcity and insecurity are enormous threats to our communities. We are grateful to have partners like Kroger who bring solutions to the table and do everything they can to help fight hunger,” said Doug Pick, CEO of FeedMore. “Thanks to Kroger, our Mobile Pantry  will now be able to distribute more nourishing meals to communities who don’t have easy access to grocery stores.”

On May 22 at the Hillside Court Community Center on 1500 Hardwood Avenue, Kroger will host a special distribution event for the community and share remarks about the Mobile Pantry program along with its partners at FeedMore and Richmond Redevelopment Housing Authority. FeedMore conducts mobile distributions at 11 RRHA communities throughout Richmond.

Since 2014, Kroger Mid-Atlantic has donated more than 2 million meals to FeedMore through a variety of initiatives, including coin box donations, icon sales, corporate donations, partnerships, perishable donations and other community events.