Go nuts during All-Star Week with the Richmond Flying Squirrels!

The All-Star Week Legacy Fund aims to carry on a positive impact on the Richmond community beyond the four days of the Eastern League All-Star Week presented by Genworth on July 7-10. 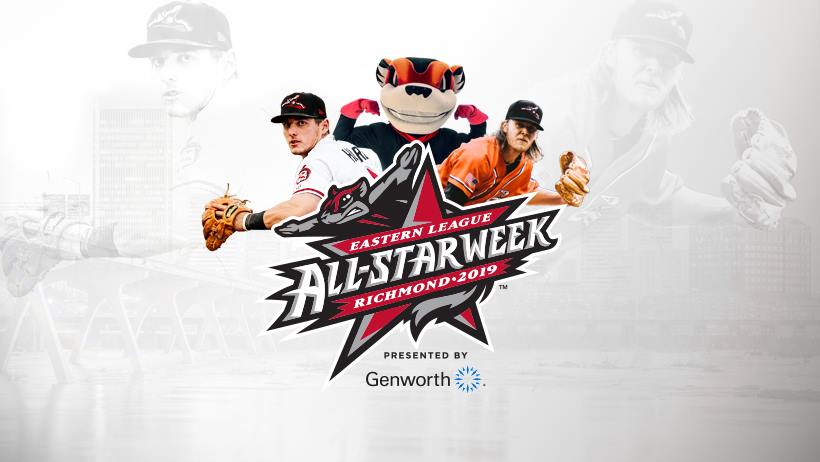 The Richmond Flying Squirrels will be hosting the 2019 Eastern League All-Star Game for the very first time on Wednesday, July 10! Leading up to the game will be three days of special events, celebrity appearances and music all around the city for everyone to enjoy.

As the presenting sponsor of All-Star Week, Genworth has set up the All-Star Legacy Fund. It was created to support Richmond area nonprofits that help the community in a variety of ways. Feed More, United Way of Greater Richmond & Petersburg and the Flying Squirrels Charities were all selected to as beneficiaries. We are honored to be part of this amazing event!

Gather your family and friends and head out to enjoy some of the amazing events planned- we can’t wait to see you there!

Please see the schedule of events below:

Mayor Levar Stoney will kick things off at Brown’s Island with live music, entertainment and delicious selections from Richmond’s nationally-recognized food and beverage scene. The entire Richmond region is encouraged to attend this FREE event.

Artists performing include Mighty Joshua and Trongone Band. There will also be a special performance by the Ephesus Drumline. This event runs from 5 p.m.- 8:30 p.m.

Tuesday, July 9 at The Diamond

Players from the All-Star teams and special local celebrity guests will participate in a series of home run and hitting challenges at The Diamond! Celebrities include:

The Derby starts at 6 p.m. – 8 p.m. And don’t miss popular Richmond band, Three Sheets to the Wind! They will play following the event.

Wednesday, July 10 at The Diamond

The event everyone has been waiting for- the All-Star game! The Eastern and Western division rivals will duke it out at The Diamond. Don’t miss your chance to watch future MLB stars take the field!

Prior to the game there will be a block party starting at 11 a.m. followed by a concert featuring SpiderKelly. First pitch is at 7:05 p.m.!