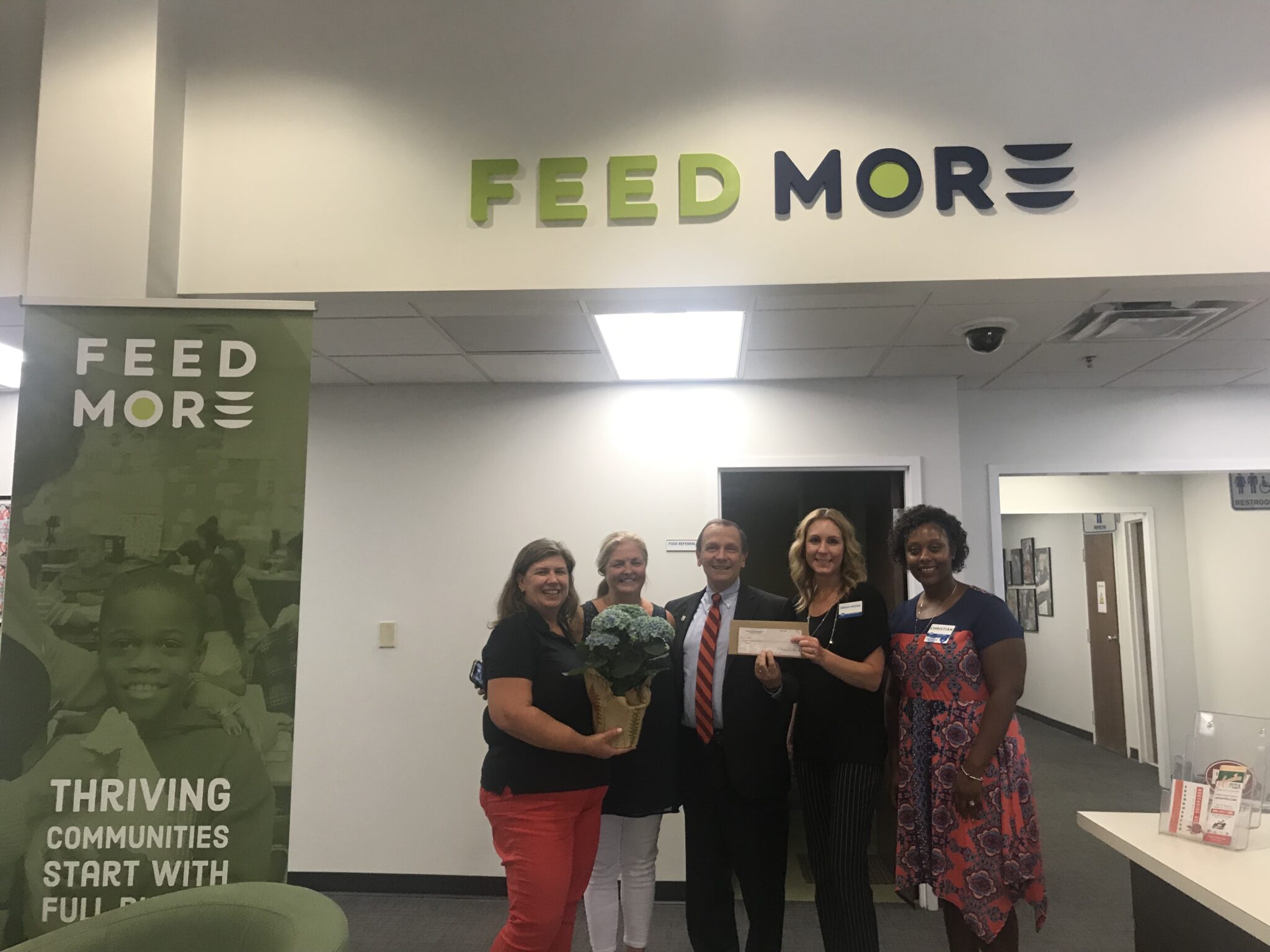 Broad Appétit announces the donation of $19,000 to Feed More, as a result of the success of the 12th annual event that drew 30,000+ to the 100-400 blocks of Broad Street on June 2, 2019. For the second year in a row, Kroger’s presenting partnership has allowed us to give yet another record-breaking donation topping last year’s $15,000 award. Kroger is committed to ending hunger in their communities and eliminating waste in their company by 2025 through their Zero Hunger Zero Waste program.  Even though more than 40% of the food produced in the U.S. is uneaten, 1 in 8 Americans struggle with hunger. Food waste undermines food security and Kroger is committed to solving the problem.

“Richmond is a tremendously generous and caring community. This compassion enables Feed More to help our nearly 200,000 neighbors who struggle with hunger,” said Tim McDermott, Chief Development Officer at Feed More. “We are very grateful for the continued support we receive from the Downtown Neighborhood Association and the Richmond community at large. The funds raised at Broad Appétit this year will provide more than 76,000 healthy meals to our neighbors in their times of need.”

“Broad Appétit is such an important event in the Richmond community – it brings so many people together,” said Allison McGee, corporate affairs manager for Kroger Mid-Atlantic. “We’re thrilled that our sponsorship has again allowed Broad Appetit to give its largest donation to Feed More in the 12 years of the event.”